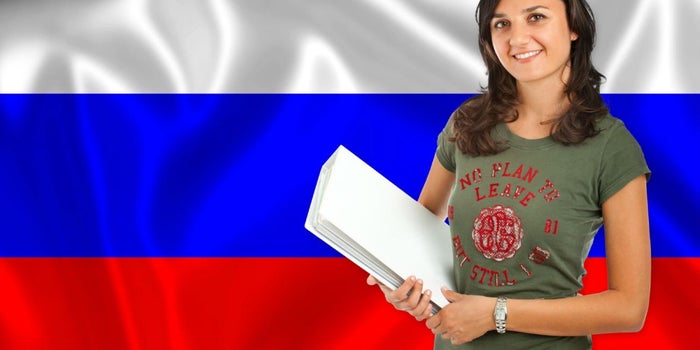 For some time, the question has arisen by itself: why learn Russian? What satisfaction can we be given to speak a language so far removed from Spanish, which apparently does not offer us any benefits, either labor or otherwise, since, according to what can be seen, there are few commercial relations between the two countries? Naturally, that to study a language we can move many more reasons than the simple commercial relations between our country and a given nation. For example, its culture and why we would like to visit that country. However, to deny Russia a prominent place in the world economy is to ignore everything about this country.

Demand for labor in Russia

Traditionally the Russian economy is first class in the world. It is currently booming, with which many opportunities arise in the labor area. More and more Russian companies do business with the West and vice versa. For this reason, foreign companies that establish themselves in Russia need workers who speak several languages, in this case, those that include Russian will have much more possibilities to find a job of higher quality and better paid.

Russian is the sixth most spoken language in the world, more than 260 million people use it daily. We must know that it is not only the official language of Russia, but also in Kazakhstan and Kyrgyzstan. It is also spoken in Israel, the Balkans, Ukraine, Armenia, and even the United States.

Russian companies are trying to recruit more and more qualified Russian-speaking staff and as a result of the fact that the majority of Russians do not speak English, it is for this reason that the demand for translators is experiencing a great boom.

On the other hand, business cooperation between Spain and Russia is booming as a result of many Russian companies looking for foreign partners and suppliers from all branches. Spanish major sectors are attracting the interest of Russians in our products, while offering reciprocity seeks prospect of future very promising because the Russian market is in full development .

If for any reason you decide to study Russian, it will allow you to invade Russian culture and positively value the nuances that this great language exhibits.

Through language, you will be able to understand the complexity of Russian culture and appreciate the many nuances of this rich language. Currently, other languages ​​such as German, Chinese and Russian, are weakening English.

Here is a video with the main phrases to get you started! (You can put the subtitles in the configuration options)

- The greatest difficulty that a Spaniard encounters when studying Russian is his Cyrillic alphabet which consists of 33 letters. This alphabet is based on the Greek, but also includes elements of the Glagolitic, the oldest alphabet of Slavic origin.

- The diminutives in the Russian language is another aspect that is more difficult for a Spanish student to compose; although, it is enough to know the suffixes and simplify the word to be used, the same as in Spanish.

Positive aspects that make Russian not complicated for a Spaniard

- The pronunciation of Russian turns out to be simple, because it is very regular, once you are able to master its rule, which has no difficulty for Spanish.

- Also negative sentences as well as questions are easy to form. The questions are carried out as in Spanish, without changing any subject or adding auxiliary ones, while in the negative ones it is only enough to put a simple "HE" in front of the sentence that we are going to deny.

- The greatest advantage of the Russian language is that it only has three verb tenses , present, past and future, together with the two forms of the verb aspect, the imperfect and the perfect, these are advantages that are highly appreciated by the Spanish who study this language.

About the Russian alphabet

Although there are other popular versions about the origin of the Russian alphabet, the one that has the most followers is the official version of the Russians, which affirms that it was an invention of two brothers Cyril and Methodius, both missionaries of the Byzantine Empire who were canonized as saints.

If you decide to learn Russian, you should know that it is unavoidable to learn its alphabet because it is a fundamental part of that language and it is also vitally important to highlight this aspect, so that later you do not get surprises in the exams, believing that it is not necessary to learn it , and precisely in the exam they impose that you must write in Cyril.

Without a doubt we are in the presence of one of the most fascinating languages ​​in the world, which has dragged from its beginnings with a series of ballasts, which little by little through history and daily practice is releasing, at the same time making its way between the great languages ​​of the world.

All the uncertainties have not yet dissipated, but, without a doubt, that the advance of time puts things in their place and the fame of obscurantism and grotesque that had endorsed it, has been lost along the way, according to its country Russia, has been occupying a preferential place in the economy and in the general popular culture that has opened the doors of the world to them.