Techniques for learning a language through movies 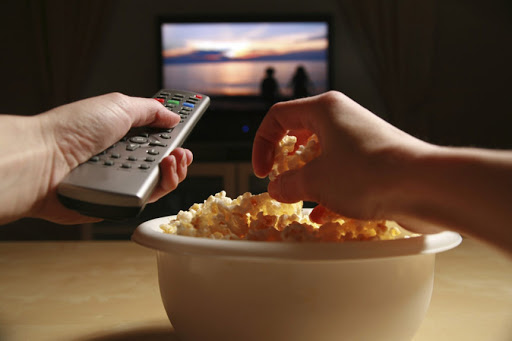 Techniques for learning a language through movies

Learning a language through films is a highly appreciated method, because brilliant films exist in any language. The first positive aspect that we find is that logically, as it is intended for native speakers, it will contain an authentic language, that is, modern movies usually have a language that is used by people who go to see the movies. In this article we will try to detail all the benefits that learning a language brings with movies in the language you have chosen as support.

Some convenient details to keep in mind

- So that you can get the most out of the movies, you have to be attentive to their visual content, many phrases, many words that we have not been able to capture, either because we have not studied it, or because of its speed.

- Also a gesture, a circumstance, can give you clues not to lose the thread, in addition to helping you retain that new word or phrase. From the beginning you have to be attentive because depending on the circumstances, they will also be the expressions they use.

Mistakes you can make while watching movies

- It does not usually give good results, because you are not yet trained for it, watching movies from the beginning without first getting used to watching short series.

- Try to start with short films, episodes of series, etc. that are subtitled and of course that they are of the level that you have. This will not be difficult for you, because there are of all levels.

- It is too often the case that language learners select films with the sole criterion of taste, that is, they prefer what they like without taking into account that the level of difficulties the film has may be higher than its own limit: For example, a thematic film, if it is scientific, will use scientific terms that are beyond your level; the police will also have a technical language. Find the right movies for your level and at the same time that satisfy your tastes.

Lest you become discouraged as a result of watching a feature film and in the end, having understood very little, there are ways to proceed that will help you put aside pessimism, which could put an end to your studies:

- The most sensible thing to do is to divide the film into several small parts, so you will avoid feeling overwhelmed, because it is very likely that you are not yet prepared enough to be two hours in a row, but, probably, you can see ten-minute pieces, or a scene, for example, so many times until you learn it well.

- Chopping the film will make it easier for you to listen, it will also give you the benefit of working better by needing less time.

Also, impatient people who want to learn immediately tend to make the serious mistake of believing that listening is very easy, which in the end makes them suffer disappointment and demotivation, so you have to set achievable goals, because you have to be aware that understanding a foreign language takes time, but everything comes and also the moment when you will understand an entire film.

Understanding the natives of the language you are studying, even if you have been studying for a while, is not as easy as we want, but you have to be constant and the time will come when you will understand everything, so do not lose heart, if you still don't understand much from a movie.

Continue in your efforts and you will achieve it , because listening, writing and speaking in another language are uneven skills, when watching a movie you may advance more in one of these skills than in the other two, only the effort is what helps you in this challenge, to make films become a total linguistic practice.

But to understand and assimilate language you must do both speaking and listening and participating. It is not a bad idea to intervene in the artists' colloquium, speaking to them, giving them advice. Understanding language is a practical activity of active and not passive participation.

The use of subtitles

Apparently all the phenomena of this world have their right measure and relying on the subtitles also has it. It is common that when one becomes absorbed in reading the subtitles, without realizing it ends up reading the entire movie at once, and it no longer has the effect that is expected from this method.

The collective study of a language is an excellent idea, because discussions are started about films, which each one has seen on their own, or a club can be made to see them together, in both ways, they are steps forward to learn alone. To this end, you gather a few friends who are studying the same language and choose a movie, a video, etc. You agree on the film and you can see it together or each at home, and then establish a debate. This system encourages all participants to try to extract the maximum amount of juice, so that later in the discussion they feel the pleasure of being able to correctly explain the given movie. With this you will obtain an excellent conversation practice.