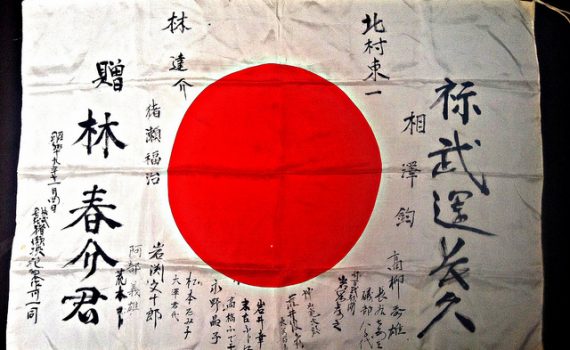 For restless people and with the illusion of learning a strange culture and also of knowing the world, with the purpose of increasing their universal culture, there is nothing better than studying Japanese. Experiences tell us that learning a new language opens your mind to new ways of conceiving and doing. The concept of  feeling  in  Japanese  allows you to see life from other angles and perspectives. You should not see in Japanese a different language with a series of words, phrases and sentences different from Spanish without more. It is another way of describing the world, of feeling it and of transmitting it , which takes you to a different universe of people to explore, with the aim of understanding their lifestyle that is alien to ours.

- First of all, it is the mother tongue of more than 120 million people.

- Many Japanese companies are among the market leaders in their respective fields of business, and Japanese is often the language of the company in foreign branches as well.

- Japanese is essential to work in a Japanese company, both in Japan and abroad.

- If your goal is to live in Japan, there are good reasons, more than enough, to learn Japanese.

Is it difficult to study Japanese?

You may be wanting to study the new language; However, you do not know how, where and when and you leave the idea behind until you forget it. If you don't want to be one of these, ask yourself, what is the best way to start? We will give you information about the language and everything that happens around it so that you can overcome obstacles.

A student of elementary Japanese learns 80 characters kanji in the first year and at the end of primary school dominates and about 1,000 kanji, while at the end of the teaching intermediate comprises about 2100. At first glance you may seem exaggerated and impossible to learn for you. But when you understand how the Japanese language and its characters came about and with a correct approach to learning it, it will no longer be so difficult.

Presenting Japanese on your CV will be very positive for you, the first thing you show is that you are open to other cultures, that you have the desire and ambition to succeed and that you are also capable of achieving great goals. For years Japan has been the third world potential and also, Japanese is the third most valued language on the internet. This is a great advantage because few people in Spain have this cover letter.

- From a professional point of view you have the doors open for success. Many Japanese people do not know English, it means that if you speak Japanese, in addition to solving this problem, it opens the doors to new markets. Usually it is not thought that speaking Japanese is the key that opens the doors of events, translation, teaching, import and export, etc.

- The Japanese culture sees the world in a very different way from the Spanish, to handle its language with some ease will allow you to know and understand that world so different from ours. Japanese is not a language with a series of words to communicate, but it has its own unique lifestyle.

It is a great opportunity to make friends, either with Japanese or with people who love Japanese culture and it will give you the idea and illusion of traveling to Japan if you have not already done so, to make friends with the natives in their own land creating unforgettable relationships .

Where to study Japanese in Spain

In Spain there are many places to officially study the Japanese language. The Japanese Embassy will inform you about it, with which you can contact through the following link:

If your intention is to study it in Japan, you will be duly informed in the following link:

If what you want is to study Japanese on your own, you can get started as follows:

- To begin, use the hiragana to learn vocabulary .

Hiragana is a Japanese syllabary, one of the components of the Japanese writing system, along with katakana, kanji and, in some cases, rōmaji. It is a system of phonetic letters. The word hiragana literally means "ordinary" or "simple" kana. Hiragana and katakana are both kana systems.

- Use a textbook. This can be:

Japanese requires special attention and interest, since the spelling is totally unknown to a Spaniard. At first you have to entertain yourself by learning your "alphabet" well. These are probably the most difficult moments, but they can be overcome, if you realize that it is a language that does not have the same roots as ours. But there are so many positive and pleasant effects that you will notice an inner impulse forward every day, every time you learn something new and when you see that as the first moments go by, everything becomes more controllable and achievable.

Japanese is a language that hooks you, you will like to enjoy how you are making your way along a path that before starting, it seemed to you that you were not going to be able to travel it, and as the positive results arrive you will become impatient every minute of waiting. And you will be looking forward to study time. Take a deep breath and take the first step and get hooked on the new culture that can change your destiny.