Learn English around the world 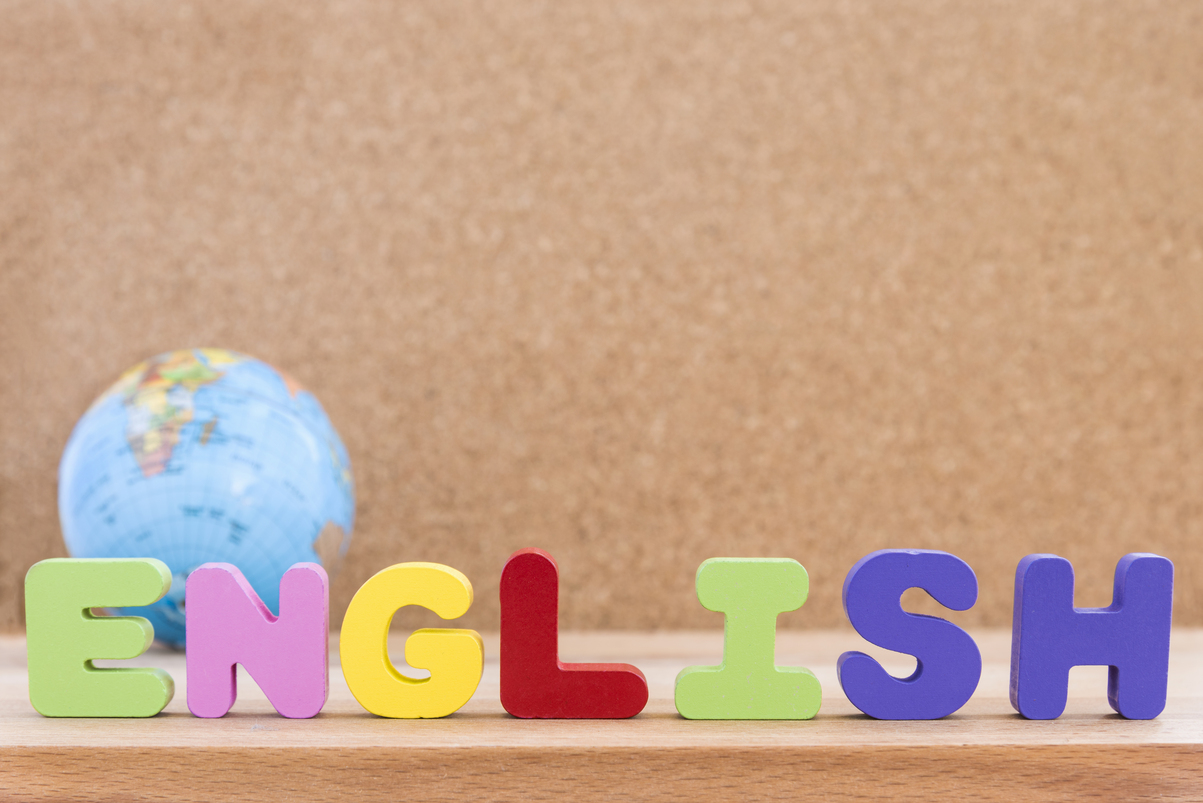 Learn English around the world

The best way to study English is to immerse yourself in the history and in the peculiarities of the people who have said language as their first and to achieve this with total guarantee and fluency, we must know that in all English-speaking countries they offer you courses «ESL programs ", That is," English as a second language. " At the same time that you can enjoy the beauty of the cities, you will be able to check in situ the real situation of its people, their psychology closely linked to the essence of their language.

Whether you want to start the study of English or if what you propose is to improve your skills in grammar, vocabulary, language structure, nothing more on purpose than to immerse yourself in the bowels of its cities and its people.

Some general considerations of English-speaking countries

Those who decide to go to study English in Australia will find themselves faced with a multicultural country, perhaps the nation with the greatest diversity of ethnicities in the world. International students will have the feeling of living in a universal country, as one in four Australian inhabitants was born far from Australia. The intercultural confluence is precisely the insignia of its identity.

Currently the indigenous population represents 2.4% of the total citizenship, that is, approximately half a million Aboriginal people out of a total of 22 million people that make up the population of Australia

Where to request information to study English in Australia:
https://www.esl-idiomas.com/es/cursos-idiomas/ingles/australia.htm

Things to do in Australia while studying English:
- Australia is famous for its wonderful beaches. You can take a helicopter ride and enjoy its beautiful views, and you also have the opportunity to learn to surf.
- The city of Melbourne for its historical architecture has a great reputation for beauty.
- If you wish, you can hike in the Blue Mountains or tour the wildlife to see koalas and kangaroos or you may prefer to embark on a river cruise to Sydney from the mountains.
- For the more relaxed, a walk through the streets of Australian cities allows you to breathe the freshness of a multi-colored culture.

If you choose to study in Canada, you will have to know that many ethnic and religious groups cohabit and work together with migrants without any discrimination, making Canada a multicultural country.

Where to request information to study English in Canada :
https://www.esl-idiomas.com/es/cursos-idiomas/ingles/canada.htm

Things you can do:
- If you are interested in sports you can visit Vancouver to ski at Grouse Mountain, surf at Wreck Beach or stroll through Stanley Park.
−You can also visit Montreal or Toronto in order to connect with their diverse culture.
−If you prefer Quebec City, you can see buildings from the 1st and 18th centuries, smelling the tasty aroma of freshly baked bread and espresso on the cobbled streets. The most traditionally chosen destination is Niagara Falls, and you can enjoy watching the Niagara River plummet over the 170-foot drop at a speed of up to 68 miles per hour.

Ireland has been a place occupied by inhabitants for more than 9000 years. Its history is rich and haunting due to a constant influx of immigrants, including the Vikings, the Normans, the English and the Scots. 10% of the current population is made up of foreign nationals, mainly from Poland, China, Nigeria, Lithuania, the Czech Republic and Latvia.

Where to request information to study English in Ireland:
https://www.ef.com.es/pg/cursos-idiomas/ingles/irlanda/

Malta has a population of around 500,000 people, made up mostly of immigrants. It is currently the preferred location for many retirees from Belgium and Luxembourg. Religion has a great ideological weight in Maltese and also has the rank of official of the state accredited in the Constitution. Maltese and English are the two official languages ​​of the country.

Where to request information to study English in Malta :
https://www.esl-idiomas.com/es/cursos-idiomas/ingles/malta.htm

What can you do while studying English?
- Malta has more than 7000 years of history, in addition to studying English you can practice it, while contemplating its streets full of extraordinary monuments: Renaissance cathedrals, Baroque palaces, hypogeum ruins, medieval dungeons and megaliths.
- Also, you will have the opportunity to dive on its beaches, penetrate its caves and take pleasant walks through the old city.

This country currently has 4 and a half million inhabitants, a quarter of the population is concentrated in its capital Auckland. It also has a large and influential immigrant community, which has made possible the diversity of its population and culture, which feels the influence of said population diversity, among which the Maori stand out, whose culture is full of spirit as evidenced in its carving, weaving, traditional dance, etc. With the arrival of European settlers, the Maori adopted part of Western life in addition to English.

If you decide to study English in New Zealand, you will perceive that the country has one of the highest standard of living in the world.

Where to request information to study English in New Zealand
https://www.esl-idiomas.com/es/cursos-idiomas/ingles/nueva-zelanda.htm

What can you do in New Zealand?
After your English class you will have the opportunity to continue learning more English, while you can have plenty of fun outdoors:
- Try the Adrenalin Forest, an extraordinary obstacle course.
- Visit Orana Wildlife Park which is the most important wildlife reserve in the country.
- Also visit the Museum of New Zealand, the Aucklan Museum and the Museum of Transport and Social History.

If your intention is to study in South Africa, you should know that this country is a labyrinth of cultures and traditions that still prevail. While urban centers have moved closer to Western culture, in contrast, in rural areas traditional customs and cultures are maintained.
South Africa is made up of 79% Black Africans, 9.6% White, 8.9% Colored, and 2.5% Indian / Asian. Africans comprise diverse ethnic groups: Zulu (21%), Xhosa (17%), Sotho (15%), Tswana, Venda, Ndebele, Swasi, Pedi, Bapedi, and others. The foreign population is made up of Chinese, Pakistani and Taiwanese immigrants.

Where to request information to study English in South Africa:
https://www.esl-idiomas.com/es/cursos-idiomas/ingles/sudafrica.htm

What can you do ?:
South Africa is a rich and very diverse area, for all this:
- You can go on safari, hiking, surfing, diving.
- South Africa has many exciting trails where you can hike. The most famous the OTTER Trail has wonderful views because you walk along the rugged coastline. It also has waterfalls and caves. Touring it takes you four days.

Where to request information to study English in England :
https://www.esl-idiomas.com/es/cursos-idiomas/ingles/inglaterra.htm

What can you do after your English classes?
The United Kingdom has many very interesting things to see:
- In the middle of some hills you can find Stonehenge, which dates back to 5000 years.
- In Windsor the extraordinary Windsor Castle, where you will appreciate art, chapels and dollhouses.
- London is full of things to see and do such as museums, theaters, nightlife and if you prefer a moment of relaxation, you can find a pub. World famous museums are at your fingertips: Tate Modern, the British Museum or the National Gallery.
- You can spend a day in Bath to contemplate and learn about the Roman Baths ...

The United States is a country with many mixtures due to emigration carried out over centuries. 15% of Americans come from Germany, while 10% came from Ireland and 9% from the UK. As a consequence of miscegenation, an American identity has emerged from the confluence of diverse points of view.
Depending on where you go to study English, you will have one type of experience or another. For example, the Northwest has a very high population density. For a period this region was the leader in technology and industry. It consists of 9 states and is the richest region.

The corn and barn belt is found in the Midwest and includes the rural, industrial and agricultural areas of the United States. While the South includes the sunniest states, and is the place of the conservatives.

Where to request information to study English in the United States:
https://www.esl-idiomas.com/es/cursos-idiomas/ingles/estados-unidos.htm

What can you do in the United States?
Naturally given its size, depending on the place you choose to study English will depend on how you enjoy your free time:
- Strolling through New York.
- You can see a show on Broadway.
- You can enjoy the Statue of Liberty the Empire State Building, etc.
- It is also a good opportunity to see Niagara Falls, the Colorado Canyon.
- If you decide to go west you can contemplate the Grand Canyon from a mule, also see the bison up close, or you can walk through Las Vegas.

💻 Facebook 💻 Instagram 💻 Twitter
Do you need to quickly learn a language because you are traveling? Why be a Spanish teacher for foreigners
🏅 ENGLISH LEVEL TEST 📓 MODELOS DE EXAMEN 🎧 AUDIOREVIEW IN ENGLISH