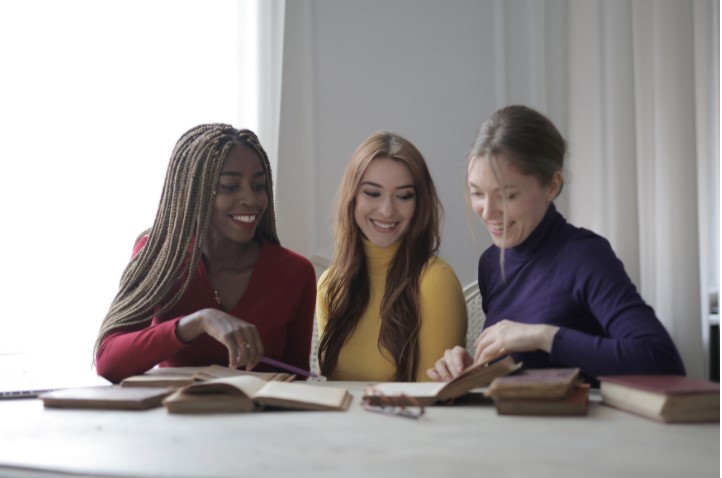 Do you dream of working abroad in a very attractive job, but you don't know the native language? So it is clear that you need to learn the language of the country that you do not know and you also have little time. It may seem impossible to you but, according to experts in the field, given the accumulated experiences, they tell us that you can learn basic communication skills in just a few weeks, and you can also master the fundamentals of a foreign language in a few months.

From here we are going to reveal the secrets of how to learn to defend yourself in another language in a few weeks.

Be aware of the exact measurement

It is not that in a few weeks you will be a linguistic expert, that nobody is fooled. But; Although, you do not reach the fluency and maturity that could allow you to understand the great classics of the literature of the given country, you can quickly learn phrases and specific vocabulary for your needs, whether you are working with the diplomatic service, or if you are employed in a technology multinational.

It won't take long for you to be able to have an informal chat about current affairs or the problems of their country with a Roman, Parisian or Londoner.

It is normal that looking for work throughout the world forces you to investigate ways and even tricks to maintain conversations with natives, with whom without even knowing their language you make an effort to communicate with them in some way. This obligation gives you the need to maneuver in the search for formulas to learn words, phrases, etc. of the language given at high speed.

There have been cases such as that of Benny Lewis, an engineer by profession, who came to learn what was necessary in seven languages, including Spanish, French and German, later using several others with some ease, including Mandarin.

When he still had no experience, learning the Spanish that was the first he proposed took him more than a year. But the following, including the fundamentals of the very difficult colloquial Mandarin, were much faster.

What is the secret?

There is no magic, but there is cunning and skill that is easy to acquire today, due to the great accumulated experience:

- Prepare a kind of script that will help you answer simple questions that make you strange. Phrasebooks and online tutorials can be helpful at first, experts say, because they give you enough vocabulary as well as the confidence to have basic conversations with native speakers, which is the first and most important step in learning a language.

We know that the biggest stumbling block at the beginning is the lack of confidence, it is logical. But given the experiences this will improve as you talk. In fact, daring to speak is necessary and we would say mandatory if you want to progress in a foreign language, as the experts tell us.

"A lot of people don't make progress if they don't open their mouths," says Michael Geisler, vice president of language schools at Middlebury College in the US Naturally, if you 're not willing to do your part, progress will be much slower.

Do not be afraid to take risks and mistakes.

There are few experts in languages ​​who confess that when they began to learn another language they spoke like Tarzan, the man of the jungle. For example they said "I want to go to the supermarket." But that's how they later reached an advanced stage after starting out as a beginner.

Total immersion is vital to be able to master a foreign language quickly. The more you immerse yourself, reading, listening to the radio and talking to people, the faster you will progress. In many schools students have to do all their extracurricular activities, from sports to theater, in the language they are learning.

According to experts, conversational skills can be achieved in a few weeks, but especially if practiced frequently. For this reason, many study centers encourage students to come into contact with native speakers.

"You have to invest not only your head, but also your heart . "

If you are in a country where the language you want to learn is spoken, you can, for example, do volunteer work or get in touch with the local community at restaurants and neighborhood functions. In any case, there are internet pages to meet people in groups with some language immersion theme. There are also other alternatives on the net.

Conversing frequently with language experts or native speakers also makes it possible to have someone check and correct your progress. It is very important that you ask those who speak with you to correct you to ensure that they know that it is okay for you to correct your pronunciation and grammar, although experts say that you should not worry too much about grammar in the early stages of learning.

- First use the language and then you will concentrate on grammar. This way you will have a lot of context. You can see a rule and understand why something is said in a certain way.

- As you learn, you should make sure to use communication media in the foreign language . If you are just starting out, read children's books or watch popular movies in that language, all the experts advise.

- If you have set specific goals, such as speaking with your partner or using the language at work, that motivation can be an incentive and all you need to start dominating conversations.

But beware of excessive ambitions that are not within your reach. If you want to master the language in two months, you are likely to be disappointed.

But if your goal is to achieve a certain level of command of the colloquial conversation , especially if it is for a work assignment, it is totally possible .