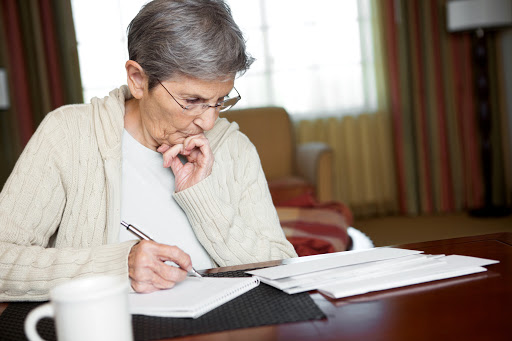 The changes occurring in modern society can produce in the elderly isolation in relation to the people around you. Due to sometimes feeling a low cultural level, they even create the feeling of being a hindrance. Currently, the studies carried out in this regard show us that this way of thinking can radically change with the learning of a foreign language, which will allow them to regain their self-esteem by strengthening their memory and by providing them with greater ease of expression.

On the other hand, it helps to meet and interact with new people with whom you can study together; For this reason, the study of a foreign language by the elderly helps them make new friends, it can even improve their mood and expand the ability to relate.

Among the many benefits that a retiree can achieve by studying a foreign language, there is undoubtedly that of increasing the vocabulary that allows them to hold a conversation more fluently at a much higher level. The student will begin to be more sure of himself, acquiring a superior mental agility that will help him to overcome certain relationship complexes. Consequently, he is recovering his self-esteem, because when relating to people with whom he did not dare before, he feels more useful.

When an elderly student realizes that due to his studies he is acquiring a certain cultural level that he did not have before, he acts with greater empathy and ease, transmitting both in his family environment and in his circle of friends a pleasant environment, which according to scientific studies benefits his quality of life.

The exercise of studying a foreign language in older people positively develops their knowledge, because the mental gymnastics they develop, according to the given experiences, allow a better connection between neurons and prevents the brain from losing strength. A healthy and well-exercised brain makes the student acquire confidence in himself, which will stimulate him to reach new goals that were previously unimaginable.

The most important contribution that can result from the study of a language for the elderly is to recover and strengthen memory. Most of these people have long since lost the habit of studying, a fact that causes their brain to suffer in a notable way in one of its vital functions, such as remembering.

It is a demonstrable fact that learning a language stimulates the brain through exercises so that it recovers its ability to remember, which is very beneficial at these ages, since it involves making a positive and superior effort to assimilate a language that can represent the way of thinking and acting of people, who are mentally different from the student, because their culture and their way of relating are different. The student thus opens, wide, the doors of his brain to a broader and different perspective than the one he has.

Studies carried out by National Geographic confirm that the effects of aging are delayed to some extent in bilinguals. This same study concludes that those who only speak their native language are more exposed to their brain aging more quickly, being prone to being affected by disorders and dementias.

Learning a new language helps older people to resist to some extent the mental illnesses that appear at these ages, according to the American Academy of Neurology. According to a study carried out, symptoms of dementia appear around 71.4 years in adults who speak only one language and at 75.5 years in those who are bilingual.

The study concludes that the cause of this advantage is due to the activation of the parts of the brain that are related to the skills required to do things and complete tasks. Consequently, studying a second language appears to be very beneficial in slowing brain aging.

Studying the elderly helps them socialize

Little by little, the student of a language gains confidence in himself at the same time that he feels the need to practice what he has learned with other classmates in the same course. It is the opportunity to have more social life . It is very beneficial for students to do work groups to carry out the exercises or study collectively in the face of imminent exams, it is also the perfect opportunity to establish friendly relationships with other classmates.

It is a fact that it is being proven through practice that speaking two languages ​​helps to have a higher quality social life. For this reason, it is advisable to stimulate study in the elderly.

In order to practice the student feels the desire to travel

With the encouragement of practicing the language they are learning, there is a change in the elderly student, such as the desire to travel abroad, to a country where they can practice the language they are studying with natives. Thus, learning a new language can be the perfect excuse to go abroad and get to know other cultures and to transform the idea of ​​the outside world.