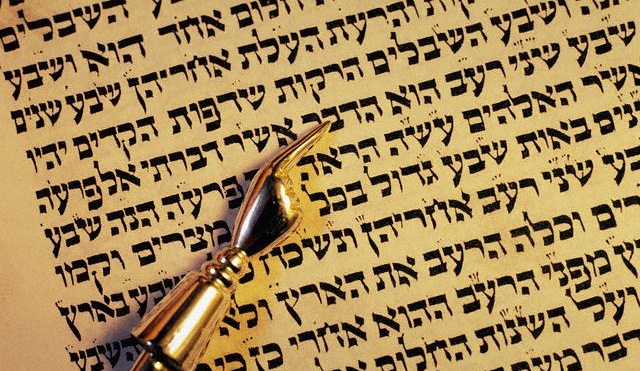 After centuries consecrated to the liturgy, and having been considered the mother of all languages, Hebrew was considered a lost language; However, for almost one hundred years it has gradually taken life, until today for the students who make it their own, access to a new world in terms of language and culture.

For historical reasons between Spanish and Hebrew there are quite a few coincidences such as the presence of two grammatical genders (masculine and feminine) as well as the freedom that both grammars have in the syntactic order in the sentences. They also agree on the use of prepositions. All these coincidences mean that a Spaniard does not find Hebrew strange, a language that is worth studying.

Israel is a great Middle Eastern nation located on the Mediterranean Sea, esteemed by Jews, Christians and Muslims as the biblical Holy Land. Their holy places are in Jerusalem. Within its Old City, we can enjoy the Temple Mount complex, which includes the Dome of the Rock sanctuary, as well as the historic Western Wall, the Al-Aqsa Mosque and also the Church of the Holy Sepulcher.

Tel Aviv, is the financial center of Israel, highly celebrated for its Bauhaus architecture and also for its beaches.

Hebrew is the official language of the State of Israel, today a great world power in advanced technology, in constant industrial and agricultural progression. Learning Hebrew will open the doors for you to learn and study other ancient and modern languages ​​such as Arabic, Syrian, Aramaic and Maltese, as well as a series of languages ​​that have it as a base: Ladino or Yiddish. Studying Hebrew is recovering pages of our own history , closely linked to its people.

Today, everything official, as well as the press and books are written in Biblical Hebrew. Eliezr Ben Yehuda, recovered around four thousand words from the biblical Hebrew and made them popular, this together with the return of thousands of Jews from around the world, who brought the languages ​​of their respective countries, gave life to modern Hebrew . Which in turn brought Yiddish, a mixture of Hebrew with German, which is what almost all the Jews of the world speak

Why should we learn Hebrew?

Hebrew is essential to learn history as a basis for understanding the contemporary world. It allows us to know the Judeo-Christian thought root of morals and principles, which are still estimated by millions of people in modern Europe and which are basic in the study to:

- Get a quality job, which undoubtedly offers commercial and cultural exchanges between Spain and Israel.

- Given that in the area of ​​new technologies, Israel has a privileged position on the international stage through high-tech industries, wide perspectives are opened in the labor field for specialists and experts in the field.

Some Characteristics of the Hebrew language

Here are some characteristics of the Hebrew language

- Hebrew is written from right to left, except for numbers that are written the opposite, from left to right. Like Spanish, it uses numbers exactly like Arabic numbers.

- The Hebrew alphabet is a writing system called abjad , which allows the reader to supply the appropriate vowel. The Hebrew has vowels, but most of them are unmarked; therefore, you have to learn how to pronounce each word.

- A body was established to decide on the new words: The Academy of the Hebrew Language. However, their dictates are not always followed and words are included that later have no use.

- Also, in Spanish there are many words of Hebrew origin since the time of the Sephardim. For example: hallelujah (praise God), amen, satan and even abracadabra etc.

- Hebrew is twinned with Arabic, since both are Semitic languages. Their similarities are seen in that they have parallel grammar systems and often the same words.

- Hebrews use many Arabic words as slang words. For example, sababa (great) and mabsut (satisfied).

Where to study Hebrew in Spain

Here we leave you a link to one of the places where you can register for the study of Hebrew.

There is a close relationship between culture and language, because the study of a foreign language, in this case Hebrew, prepares us to faithfully interpret the new ideas of the Israelite people, in addition to their history collected in their literature, which is the sublime expression of their language, it also helps us to be more tolerant with other ways of seeing and understanding the world, in a word, Hebrew opens up to us and presents its world and culture as they are and not as we can imagine it through a certain kind of reading.

Learning Hebrew is an experience that you should not miss, since you can feel the real sensation that you are discovering unpublished pages of your own history, of one of the roots of your culture, it is like rediscovering a part of yourself. The relationship that exists between culture and language will show you new paths to follow, to learn from the past of things what the ancient Hebrews did or said.