The Cervantes Institute and its applications 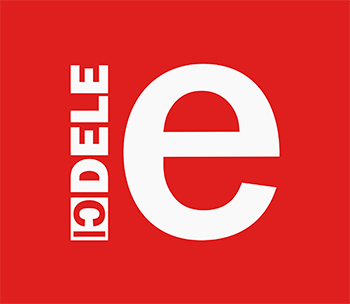 The Cervantes Institute and its applications

With the aim of spreading the culture of Spain and that of the Hispanic countries throughout the world through the spread of the language, on March 21, 1991 the Instituto Cervantes was born , which takes its name from the writer Miguel de Cervantes. The headquarters of the institution is in Madrid and in Alcalá de Henares (Madrid), the birthplace of the author of Don Quixote.

The need for an Institute of the Cervantes category is supported by the large volume of people who speak Spanish in the world, which gives the Spanish language spectacular perspectives in all fields, fundamentally cultural and work, since more than 480 million people have Spanish as their native language. Also the number of potential users of Spanish exceeds 577 million. (This figure brings together the groups of native proficiency, limited proficiency and foreign language students). Spanish is the second native language of the world by number of speakers, only behind Mandarin Chinese.

International Congress of the Spanish Language

One of the functions of the Cervantes Institute is to organize, together with the Royal Spanish Academy and the Association of Academies of the Spanish Language, the International Congresses of the Spanish language.

The Congresses are forums for reflection, for updating Spanish that are held every triennium in a city, either in Spain or in Latin America, with the collaboration of the chosen host country.

The Teacher Training Center (CFP) , located at the headquarters of Alcalá de Henares (Madrid), at the Colegio del Rey, calle Libreros, 23, is the most accredited center in the training of teachers, both initial and continuous, as it is certified by the master's degree in Teaching Spanish and also the Master's in Foreign Language , which has the collaboration of the Menéndez Pelayo International University.

Scope of action of the Instituto Cervantes

The Cervantes Institute stands as the world reference for all people from all countries of the world, who wish to know about the Spanish language, currently the official language of 400 million people distributed in 21 countries and of those who wish to learn it in its 90 centers distributed among 44 countries.

Its headquarters are shared between Madrid and Alcalá de Henares, from where it offers an extensive program of courses in Spanish and the co-official languages ​​of Spain through the internet and in situ, in its numerous centers scattered abroad. These courses are meticulously prepared for each region and country in accordance with the language and socio-cultural singularities.

Its inclusion in the field of education

In the educational area, the Institute plans multiple activities for teachers and teaching professionals. At the same time, it has the responsibility of certifying the level of the language , through the granting of Diplomas of Spanish as a foreign language, which are the only official titles that recognize the level of knowledge of the Spanish language.

- Organize various courses at all levels of Spanish language.

- Also with the same rank, it organizes courses of the co-official languages ​​in Spain.

- Supports the work of Hispanists.

- Spread the Spanish language throughout the world and in all areas.

- The Instituto Cervantes also prepares exams to obtain diplomas and offers preparation courses on site or online. By virtue of the role it plays in the dissemination of culture in Spanish, the Institute also provides support to Hispanics by making all the library and documentation services of its centers available to them, as well as organizing activities of all kinds and preparing  culture events in collaboration with other organizations or Spanish institutions, in the many countries where it operates.

The DELE (Spanish diplomas) are official titles that certify the degree of competence and mastery of the Spanish language, and that on behalf of the Ministry of Education and Vocational Training of Spain are granted by the Cervantes Institute

The Cervantes Institute is entrusted with the academic, administrative and economic management of the DELE diplomas , in accordance with the provisions of Royal Decrees 1137/2002 of October 31, RD 264/2008 of February 22 and RD 1004/2015 of November 6 .

The DELE exams are made according to the provisions of the Common European Framework whose reference is (CEFR) and the Manual for relating exams to the CEFR, both works of the Council of Europe.

The DELE Diplomas cover all the following CEFR levels:

Diploma of Spanish level A1.

Diploma of Spanish level A2.

Diploma of Spanish level B1.

Diploma of Spanish level B2.

A1 DELE A1 for schoolchildren

A2 DELE A2 / B1 for schoolchildren

From their institution, the DELE diplomas enjoy great moral and practical authority, not only recognized by public and private educational institutions and authorities, they also  enjoy a good reputation in the business world and in the Chambers of Commerce. They have thus become an official guarantee in the assessment and certification of language skills in Spanish.

Headquarters of the Instituto Cervantes in the world

In this link you can find the offices that the Instituto Cervantes has in the world: