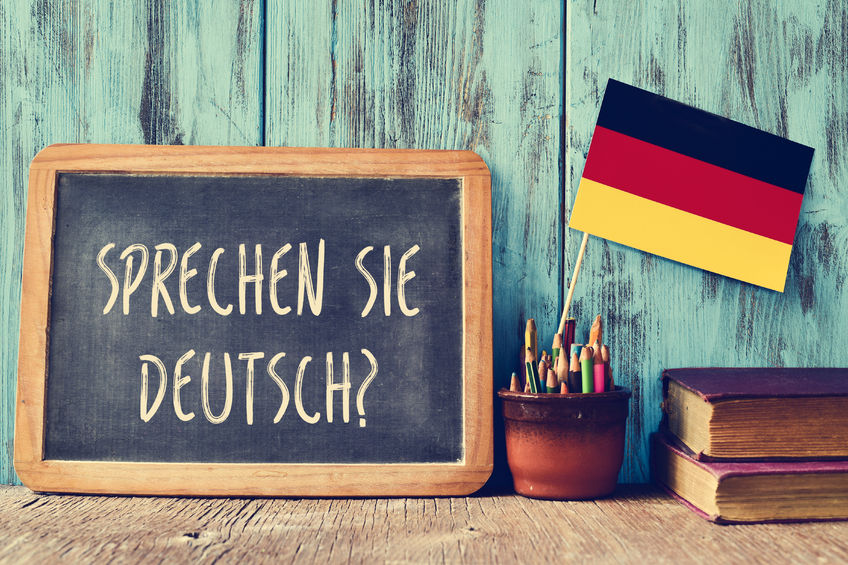 There are six levels established by the Common European Framework of Reference for Languages ​​(CEFR) between the grades to be graded in various Western languages, although tests of other languages ​​also use this reference. The levels are divided into three categories: those of the lowest rank, A1 and A2; the intermediate ones, B1 and B2; and the advanced ones, C1 and C2. The institution that prepares the tests, administers them and issues the certificates that guarantee the possession of each level regarding the German language is the Goethe Institute (Goethe Institut).

This body, being public, aims to spread the German language and culture, in addition to establishing foreign relations of the German nation with each country where it has been established or where it has associates. Its headquarters and those of the latter around the world have the ability to take the German exam to certify each level, as well as the power to issue the specific German qualification for each case.

Next, we will address the penultimate of the levels, first of the advanced ones, known as the Goethe-Zertifikat C1 exam.

What does the C1 German certificate certify?

This test is intended for adults who have a very advanced level of German and want to prove it. It is recommended for those who want to:

- Prove your advanced level of the language in the workplace.

- Be accredited with an internationally recognized certificate.

- Prepare in the German language for a specialized field such as medical.

However, although the test is intended for adults, age is not exclusive, so we can even present it as minors, but the parts that compose it will not be modified nor will arguments around this characteristic (age) be accepted for challenging the rating received.

We can use the accreditation for visas, educational or research stays and for our work field, because, if we have the C1 certification, we corroborate that:

- We can understand multiple types of long and complex texts, as well as understand the deep meanings of these.

- We express ourselves fluently and looseness in the German language without obvious signs of effort or difficulties in finding the right expressions.

- We know how to use the German language in an effective and varied way for social, academic and professional matters.

- We are able to communicate very consistently and in detail on complex issues in German.

Do not forget that its validity is international and does not have an expiration date.

The exam is presented in four modules that we describe below:

- Read . News, commentaries, texts from specialized books and various reports should be read. From their reading, a series of tests will be carried out, among which we must demonstrate the ability to make use of these texts to create longer speeches, for example, by quoting them. It lasts 70 minutes.

- Write . Content of various kinds is presented in the form of graphics, and the aim is that we create a well-crafted text where a topic is broadly addressed. This will be suggested by the aforementioned visual resources. The module lasts approximately 80 minutes.

- Listen . In this case, we must pay attention to daily dialogues, telephone conversations, interviews or radio reports. During listening, notes should be taken and later used in association with the statements heard. The duration of this module is 40 minutes.

- Talk . This module is divided into two parts. In the first, we must express ourselves orally. In this short speech we will have to give our opinion about a short text. In the second part, we must dialogue with an interlocutor. The purpose of this talk is to reach an agreement to make a joint decision or to agree on a solution to a problem. The duration of the module is short, only between 10 and 15 minutes.

As we can see, the approximate total time is 3 hours and 20 or 25 minutes.

Due to the fact that the exam carries out a comprehensive evaluation of the command of German, in some institutions, having the C1 certification exempts you from taking other exams such as tests for foreigners who are going to enter a career in German technical schools and universities. In addition, this certificate is recognized by multiple companies worldwide, as a solid proof of the command of the German language.

How to prepare for the exam (recommended teaching materials)

It is important to prepare for the exam in advance. Since the test lasts for a long time, it is convenient to eat properly and hydrate enough to not feel anxious about hunger or thirst, but it is not about wasting time in continuous trips to the bathroom. Likewise, it is highly recommended to adhere to at least a margin of 800 to 1000 study sessions of 45 minutes to 1 hour each.

Another convenient tool is to make use of the face-to-face conversation groups that exist in different schools, at the Goethe Institute facilities or independently. It will also help us a lot to enter Internet sites where the use of this language predominates in a spontaneous and varied way (chat rooms, forums, websites specialized in a subject) and, above all, to read literature in German.

Regarding the bibliography, we have the following preparation books:

In addition to all of the above, the Goethe Institute makes various study materials available to us on its website. Among other resources, we can find online preparation sets or exam templates to download, as well as audios and videos for the modules that assess listening and speaking, are in formats to be played online and to download.

Obtaining the C1 German certificate with the Goethe-Zertifikat C1 test is easier than we think if we are truly prepared for this level. In addition, it is a title that will open the doors to the academic, labor world and Germany itself if that were the case. Of course, before presenting it, it is very important to study, especially if we do not usually use our German, no matter how advanced our level is.

Obtain the certificate of the German exam level B2 (GOETHE-B2 exam) What is the TestDaF exam? German exam