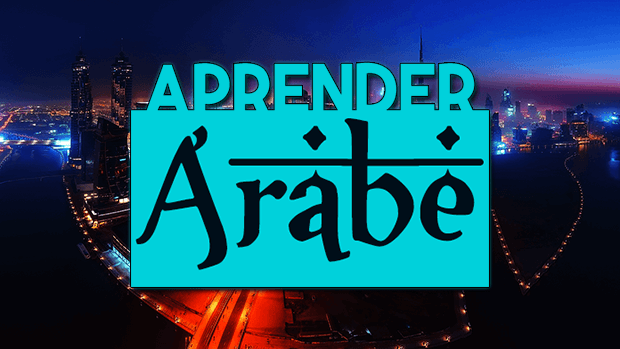 Arabic is one of the most attractive languages ​​in the world, perhaps because of its linguistic peculiarities to learn it, but it is also because it offers tremendous possibilities to get a quality and well-paid job. It is a very interesting work area to explore. The resistance not to go to their job market, which appears to those who want to improve their living conditions, is more the product of a series of thoughts without any consistency, than of a real reality.

Arabic spoken by more than 500 million people is the official language of more than 20 countries located in the Middle East, many of them treasuring an extraordinary economic potential that offers an extraordinary commercial market to the rest of the world and is a very exciting opening for the looking for a high paying job. And especially for the Spaniard it means reencountering part of himself, his history and his culture.

- In the economic aspect, learning Arabic can open the doors to a future with great prospects, because together with its economic development, the area of ​​diplomacy is growing rapidly with a demand for Arabic, which exceeds the supply of Westerners who dominate fluently in your language, to be able to cover the places of your economy on the rise, especially in the financial, industrial sector, etc.

- In relation to culture, the Arabic language has an extraordinary persuasive power over the Spanish people, thanks to the fact that large passages of both stories have been passed together and closely linked, as evidenced by the large number of words of Arabic origin that flood our dictionary, but it also links us to an extensive architectural heritage, testimony of a culture that, far from disappearing, remains unchanged.

Learning Arabic is a challenge

Arabic is a language that is considered very difficult to learn, because its writing is very different from our alphabet, and very complicated to learn, this circumstance largely forces us to go to specialized schools with great experience in teaching it. Objective to achieve which online studies can also help us.

The emigration to Europe of workers of Arab origin causes the pleasure of studying this language. Since then, studying this language has meant immersing oneself in the culture of a people with very special characteristics, who have a different vision of the world. In short, it means a new cultural imposition that will make you understand the ways in which the Arabs think and thus avoid the strange confusions that make understanding difficult.

Speaking Arabic is extraordinary to achieve great benefits in all areas of life , from personal to cultural to professional.

The most outstanding characteristics of the Arabic language

- Although it is known by most of the Arabs, it is not commonly spoken in any country, it is used in the media and in the administrative sphere.

- The Arabic spelling is used by a number of countries that do not speak Arabic: Persian, Urdu, Malay, Kurdish, Ottoman.

- It is the language that contributes the most words to Spanish after Latin at the same time that it has left deep traces of a flourishing common past.

- The Arabic writing system is distinguished because it is written from right to left, linking the letters together. Letters can take four forms, which will depend on whether it is written alone, isolated, at the beginning, in the middle or at the end of a word.

- Except in limited circumstances , each grapheme corresponds to a phoneme, which means that silent letters are rare, nor are missing letters, nor letters with double meaning depending on the position it may adopt.

- There are no capital letters either. But it has included punctuation marks on some occasions and adapted them on others, as they exist in European languages.

- Finally, it is convenient to highlight the loans received from other Semitic languages ​​such as Aramaic. Later in the Middle Ages, numerous Persian and Greek words and later also Turkish words were introduced into Arabic. In the course of time , Arabic has adopted quite a few words from French, Spanish and English.

The influence of Arabic on Spanish

The great difference between Spanish and the other Romance languages ​​is the Arabic influence as evidenced by the 4000 words collected in the Spanish dictionary. In addition to their contributions to the language, the Arabs introduced numerous cultural innovations such as alchemy, algebra, and Aristotelian philosophy. As well as the music and instruments that gave rise to flamenco and guitar, as well as the structure of Spanish music.

Few languages ​​in the world offer such an outstanding curriculum as Arabic, which has a very special meaning for the Spanish people. Studying Arabic is a leap in time to rediscover a culture that is not strange to us. With Arabic under our arms, doors that for now refuse to open and that doing so can increase our cultural level apart from the economic level of the Spanish who studies it.